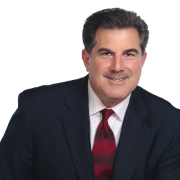 As we write this, the 10 year yield is back up to 2.86% this morning. The man Powell,  who will rescue us from inflation is sitting below 1%…waaaaaay behind the real market. Yup…to the rescue. Feel better now! As we have stated several thousand times, there is too much of them and not enough of us. They do not shut up. They think they can control economies and markets. But the eventuality is what we told you over 2 years ago would occur, major distortions and major disruptions. Markets and economies are supposed to be free with maybe a little tinkering around the edges. But this man played God. No trust of the economy. No trust of free markets. No trust of people and business. You are seeing the outcome in real time. They are no longer predicting. They are praying. Inflation should eventually come down but we worry it will be for the wrong reasons.

OIL PRICES are now into the Eiffel Tower move that came right after the Russian invasion. The CRB index is at an 11 year high. That’s only a basket of 19 commodities. Peak inflation? And for those that believe in the fantasy of the Putin price hike, oil prices started kicking into gear December of 2020. For sure, a certain amount of the move was coming out of covid but President Joe, give us a break.

And then there is the President. Our President has stated that higher taxes and more government will cure inflation. Our President says a massive $5.8 trillion spending bill will lower debt and deficits. Our President who agreed with everything Powell has said is telling us everything will be just fine. Yup! Logic!

And then there is Yellen. Our guardian of our treasure. The Treasury Secretary who wants global taxes, higher taxes, massive government spending, continued huge debt and deficits and major league increased oversight over us. We have news for her. The oversight should be on them.

They are lucky they have us. Not the other way around. The people of this country and business of this country are a resilient bunch. But it is quite tough when we have to fight their headwinds on a daily basis. They don’t know. If they just left us the hell alone…

The Keystone Cops would be proud. We say this with no joy. We would rather be praising and complimenting these people. We mean that.