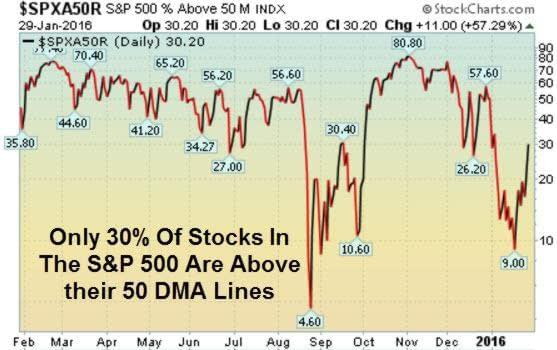 “THE SCAM AND THE CON CALLED BERNIE SANDERS!”

The fact is money is not being re- distributed to the wealthy. Most of the wealthy earn their money. It’s called planning! It’s called thinking! It’s called educating! It’s called time! It’s called sweat! It’s called toil! It’s called risk taking! It’s called failure! It’s called success! It’s called long days and long nights!  It’s called growing! It’s called hiring! It’s called creating jobs! It’s called creating wealth. Bernie Sanders knows nothing of this because Bernie Sanders has never created $1 of wealth. Bernie Sanders has never created one job. Bernie Sanders has been living off the largesse of the taxpayer since the day he started whining, complaining and pissing all over those who have created all the wealth and jobs.
It’s the person who came up with the restaurant concept named Chipotle and started with one and turned it into over 1800 restaurants creating billions of wealth and thousands of jobs. It is Mark Zuckerberg who had an idea to get dates in college which started Facebook, creating billions of wealth and thousands of jobs. It’s Bernie Marcus and Arthur Blank who thought there was a better way to sell home improvement goods and started Home Depot, creating billions of wealth and thousands of jobs. It’s Michael Dell who started selling computers in a garage and then created billions of wealth and thousands of jobs. It’s Charles Schwab who saw prices could get lower on Wall Street and created billions of wealth and  thousands of jobs. It’s Bill Gates…WELL, WE CAN GO ON AND ON! None of these people had anything re-distributed to them. THEY EARNED EVERY DIME! Bernie Sanders does not want you to know any of this.
Bernie Sanders could not tell you any of this because he will never be able to sell his lie. He cannot ever mention these people because it does not fit his template. The amazing part of all this is that the only re-distribution that is really going on is not to the wealthy but from the wealthy to the Bernie Sanders-types as government spending has doubled since Bill Clinton’s last budget. Yes…doubled. And for what? What are we getting for the money? Yet Bernie Sanders says it isn’t enough. It isn’t enough that our government cannot even balance their budget even though they will take in over $3 trillion of our money this year.
And how about Wall Street? According to Bernie, it is the land of evil, land of devils, land of crooks who are out to just rip you off. Well…when Bernie Sanders was born, the Dow  was at 127. Yes…127! Wall Street and the markets have created trillions of wealth and millions of jobs. Wall Street has turned secretaries into millionaires…millionaires into billionaires and so on. Wall Street and the markets have spawned companies like Microsoft, Amgen, Facebook and all the amazing companies that have improved our lives through modern technology, through new medicines and great inventions. HOW TERRIBLE!
So memo to Bernie and more important to those young people that think he is the end-all, be-all:
Just wait to see what happens if Bernie Sanders ends up running this country. Try working your tail off. Try to become wealthy. Try to be a success. We know you want to. All of us want to be bigger, better, wealthier, healthier. At every step along the way, Bernie will be there. When you work your ass off for a few years to get the promotion, the raise or whether you grow your own company, watch what happens when you get that first big paycheck. It will not be there. The $10,000 check will be $4,000. The $20,000 paycheck will be $6,000. Try being a gargantuan success and get a $100,000 check…something you should be applauded for. Bernie will want to take $90,000 of that $100,000. Don’t believe us. Just check out any number of videos of where Bernie wants to go with your money…because you did not earn it. It was re-distributed to you.
Bernie Sanders will not harm the already wealthy. Well…maybe he will. What he will do is prevent all the millennials from becoming wealthy as he will strip away all incentive to be bigger, be better, be wealthier…because Bernie Sanders believes in one thing…his power and not yours. Millennials do not know it yet but it is them who Bernie Sanders will affect most negatively. To the millennials..Bernie Sanders is your worst enemy!
When socialism overtakes capitalism, you get Venezuela. When capitalism is gone, you get Cuba. Go vote for Bernie now!
https://e24d90.p3cdn1.secureserver.net/wp-content/uploads/2016/01/garyk.png?time=1669559056 610 764 Gary Kaltbaum https://e24d90.p3cdn1.secureserver.net/wp-content/uploads/2019/01/gary-k-logo7-01.png Gary Kaltbaum2016-02-01 13:00:232016-02-01 13:00:23THE SCAM AND THE CON CALLED BERNIE SANDERS

February 1, 2016
By Gary Kaltbaum
@GaryKaltbaum
garyk.com
Fox News Business Contributor
It is a rare occasion when we can catch a low in the market to the day but January 20 did the trick as we wrote to you three times that day to let you know it felt like the sellers had finally been washed out after 2250 Dow points to the downside in just 14 trading days. This after being bearish all the way down.
After the washout day, the market gave everyone the jitters with up 200, down 200, up 200… but when all is said and done, our thoughts that we had seen a good low for now on January 20 and that we had more to go in time and price received the confirmation with Friday’s action. We can argue that Friday’s move was because of the maniacs in Japan but we think sellers being washed out was more important. Japan now wants you to not only deposit the money but also give them the toaster. We do recognize that all these central bank moves have helped juice the markets. We just think the moves now have diminishing returns.
The last time we called a good low was in the September/October period culminating with the Oct 2nd confirmation that higher prices were ahead. The best message you can take from us at this time is that until otherwise stated we are in rally mode in a bear market…just like back then. We will let all the pundits tell you how far this goes or how long this lasts. Hint: they have no idea. The fact is we have no idea either but we will certainly know when the market starts to get in trouble again like we told you on November 8. Our best guess is a rally/bounce that lasts weeks like the one in the last quarter of 2015.
Out of this move, we did want to let you know the strongest areas remain utilities, water utilities, storage reits, food, beverage, alcohol, tobacco, household products, discount and dollar stores…and all the recession-resistant/defensive areas in the market. The only thing that really happened here is that the bottom of the market picked up and rallied up. We also needed to mention Facebook as it is separating itself from other growth names that have been blasted lately.
And of course the last question is whether it is possible January 20 was THE low and not just A low. We will give you the same answer we gave you when we called a low back in October. Anything is possible especially when you’re dealing with maniacal central banks around the globe. We are open to anything but for us, odds favor all that happened here is that everyone finally turned bearish, the last of the sellers finally sold and an extremely oversold bear market rally started. If anything changes, we will let you kno
https://e24d90.p3cdn1.secureserver.net/wp-content/uploads/2016/01/garyk.png?time=1669559056 610 764 Gary Kaltbaum https://e24d90.p3cdn1.secureserver.net/wp-content/uploads/2019/01/gary-k-logo7-01.png Gary Kaltbaum2016-02-01 11:57:462016-02-01 11:57:46Jan 20th low still in play!

Stock futures are down a little on Monday as the world digest’s last Friday’s very strong rally. Stocks bounced sharply over the last two weeks from deeply oversold levels. Gary called the low perfectly for you on Wednesday, Jan 20, 2016.

Gary’s Thoughts:  Due to travel, we will have our weekend report tonight. The short version is Fridayu’s action confirmed the recent low we nailed for you on January 20. We will have thoughts and a lesson on that day for you tonight. Keep in mind, we are still in a bear market. This is not a new bull market. This is just a bear market rally to relieve the stretched, extended and oversold conditions. That does not mean you cannot put points on the score board on the long side. You just have to tip toe a little bit more.

One escaped California inmate surrenders, others may be in San Jose