Stocks fell hard after the Fed concluded its 2-day meeting on Wednesday. The Fed held rates steady but left the door open for a possible rate hike in the future. The market was looking for a more dovish stance whereby the Fed would signal that they are not going to raise rates anytime soon. Steeping back it is important to note that we are in the early stages of a bear market and the defensive stance Gary has told you about for months is front and center.

Gary’s Thoughts: Well…we told you to expect jagged…and jagged we are getting. Facebook will help things a bit tomorrow but not sure how much. We also get Amazon, Microsoft tomorrow and Google on Monday. But the bottom line, today’s high had better not be resistance already. Today’s high had not better be all this rally has. The market already looks bad enough. 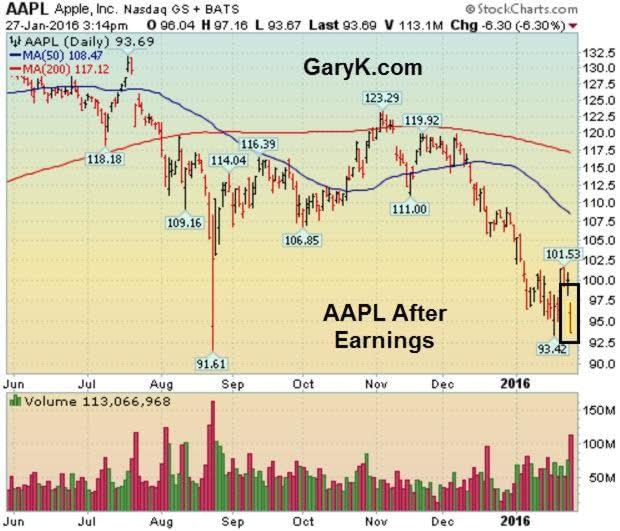 Stock futures are down on Wednesday as the market digest’s Tuesday strong rally and waits for the Fed’s meeting later today. Gary has nailed this market for you perfectly.

Gary’s Thoughts:  Apple and Boeing will not help this morning but we still believe last Wednesday’s lows holds sway. Just keep in mind the word we used…”jagged” when talking about any further gains. Lots more earnings to come.