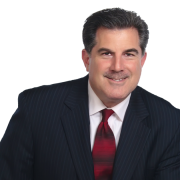 The things that do not change:

Every up day in the market and every reversal comes with the shouts of “the bottom.” There will come a time when they are correct. Keep in mind, when the DOW drops 2,000 points in a few days, it will bounce viciously.

The mucky mucks in Davos will be preaching to us about climate change while we see pictures of hundreds of private jets. Love these people. They don’t give a crap what it looks like. By they way, there are plenty of commercial flights into Zurich.

The president will continue to say weird stuff that gets rolled back almost immediately…and on vital stuff like China/Taiwan.

Analyst target prices continue to come down but to show you how bad things are, they are still way above current price on many things.

Bill de Blasio, whose popularity is a wee bit lower than a red ant hill is going to run for office again because he did such a marvelous job with New York City. “Tax the hell out of the wealthy” time.

The president calls for OPEC to raise production but continues to ignore places like the Permian basin that only has an estimated 20 billion barrels. President Kaltbaum would be front and center calling for the 11 million barrels produced each day ramped up to over 15 million each day. Wouldn’t happen immediately but just on that message, watch investors, speculators and traders sell price and even short price.

Egomaniacal central bankers will continue to not shut up, telling us all will be ok. Not a mention that maybe, just maybe they are the problem. In fact, some keep saying they have done a fine job. Last week, we counted over 100 quotes on markets, inflation and rates from them. Our favorites are when they say markets are functioning well.

Biased media will continue to play down the causes of inflation with one coming out all but saying no biggie because Americans received plenty of cake from the government. (Hear that Harwood?) Tell that to one of our drivers in NYC who pays for his own gas and says to us and we quote, ” I don’t even know what discretionary spending is any more.”

The one thing that has changed.

My son Aaron is now married. A great weekend for the family. Aaron and Marissa Kaltbaum are now official.  We are busting with pride and joy.