Our themes have not changed.
We continue to believe and have been proven correct that earnings growth is poor, sales growth is poor and the economy is blah! 1.2% ain’t going to do nothing for no one!
We continue to believe the maniacal central banks will continue to leave rates at 0% or below, go further into negative rates, print more money and continue to outright buy up markets. At this point, they will never ever be able to stop. Markets are addicted to it. If they even blink, markets would be smoked. In fact, all we have seen since the low in February is an increase in all of this nonsense…which has directly impacted things…specifically the biggest bubble in history, world bond markets. Who the hell in their right minds would lend anyone long term at negative rates? Answer is…central banks. Answer is…those that are forced to. Answer is…those that actually believe they will make money as rates go more negative. Just remember, economics 101 states that the more debt you have, the more you need to compensate lenders with higher rates. But there is no economics 101 right now as the whole system is rigged.
As far as markets, technically, we have very little in the way of complaints. As long as the Dow and S&P remain above their breakout levels, we are fine. Our biggest worry right now is the eerie calm and complacency which typically occurs when markets refuse to sell off…even on supposed bad news. We would like to and rather see some fear but right now, nothing doing.
Major indices remain in good shape. In fact, after the breakout of the Dow and S&P out of the long trading range, action has been very tight. A move above the tight range will only put another point in the bullish camp. Look for NYSE 10,815, S&P 2075. The DOW lags a bit off a few names not acting well…the NASDAQ/NDX has already gone topside with the move in some very influential big-cap names…namely Google, Amazon and Apple.
Other notes:
There remains a ton of cash on the sidelines which is poteial ammo for higher prices.
Gold/silver remain very strong as the race to the bottom on currencies and the printing of money continues. In fact, all pullbacks are short-lived and controlled.
Other commodities, namely steel are strong as the dollar rolls over.
Oil prices remain weak because of oversupply and slack demand but just letting you know many oil stocks are outperforming the commodity. Many report earnings this week.
Foreign markets remain weaker than the U.S. market but many are starting to come on. This is something that needs to be watched as the best bullish moves are worldwide moves. Many foreign markets are still way down in the past year with U.S. markets only up a smidge.
https://secureservercdn.net/50.62.173.126/e24.d90.myftpupload.com/wp-content/uploads/2016/01/garyk.png?time=1643326699 610 764 Gary Kaltbaum https://secureservercdn.net/50.62.173.126/e24.d90.myftpupload.com/wp-content/uploads/2019/01/gary-k-logo7-01.png Gary Kaltbaum2016-07-31 22:16:032016-07-31 22:16:03Weekend report! 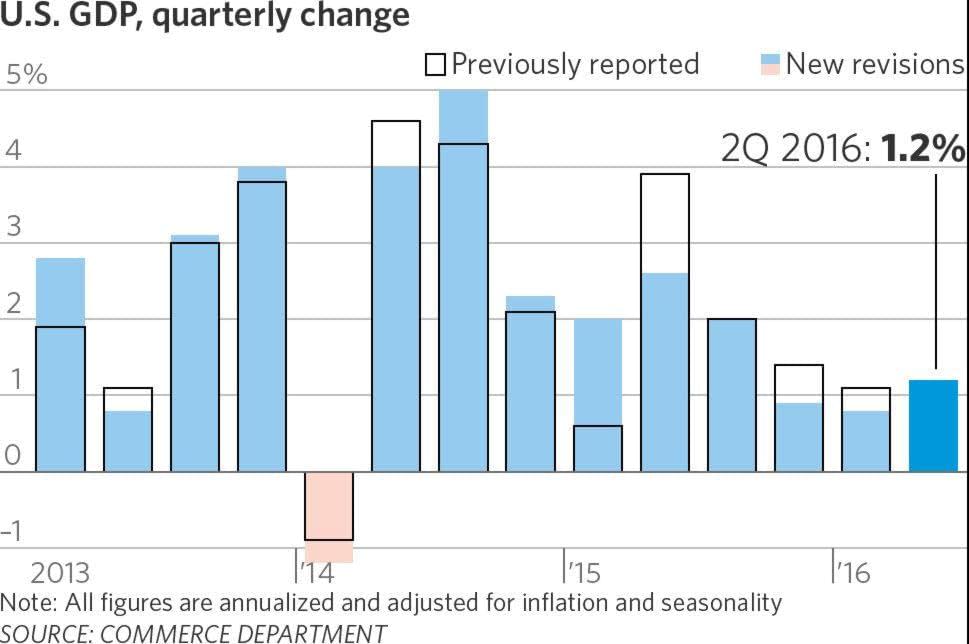 Stock futures are a little lower ahead of Friday’s open as investors digest the latest round of earnings and economic data. The Bank Of Japan decided to not make any changes to monetary policy which disappointed some investors (who were looking for more easy money).

And GOOG and AMZN have gaps to upside this morning. Both with good numbers. Will be very interested in seeing whether the gaps are held.

Stocks ended mixed on Thursday as investors digested the latest round of earnings and economic data. Economic data was mixed. Jobless claims came in at 266, compared to the Street’s estimate for 264k. The Kansas City Manufacturing index came in at negative -6, missing estimates for positive 2. Overnight, The Bank of Japan is scheduled to announce its decision on monetary policy and Friday morning U.S. GDP will be announced. Alphabet (GOOG) and Amazon (AMZN) were some of the stocks that reported earnings after the bell.

Gary’s Thoughts: Since many asking…Facebook gap sold off…AAPL gap holding for the most part. FB into highs…AAPL has tons of resistance to deal with. Facebook numbers incredible…AAPL numbers terrible. Go figure!