Non-event day as market rests into the fake jobs number. We posted what Yellen said yesterday (or was it the day before) We can now expect QE4 to come. We will have a lot of whining over the weekend as we take a 14 hour flight back from China.

There is absolutely nothing wrong with market resting here. Just keep in mind that all this juice from central banks has just got markets back to even for the year. It’s taking more and more easy money to get markets moving as our “diminishing returns” thesis plays out. Central banks have now printed in the neighborhood of $!5-20 trillion. Why not $40 trillion? It is only a number to these people.

Our usual award winning technical report will be out on the weekend and expect a thrashing of Yellen and the rest.

This was a historic quarter by any normal measure on Wall Street. The major indices had the worst start ever to a year, then stocks reversed on Feb 11th and the Dow had the largest positive reversal since 1933!

Here is a Year-To-Date Look At The Dow Jones Industrial Average: 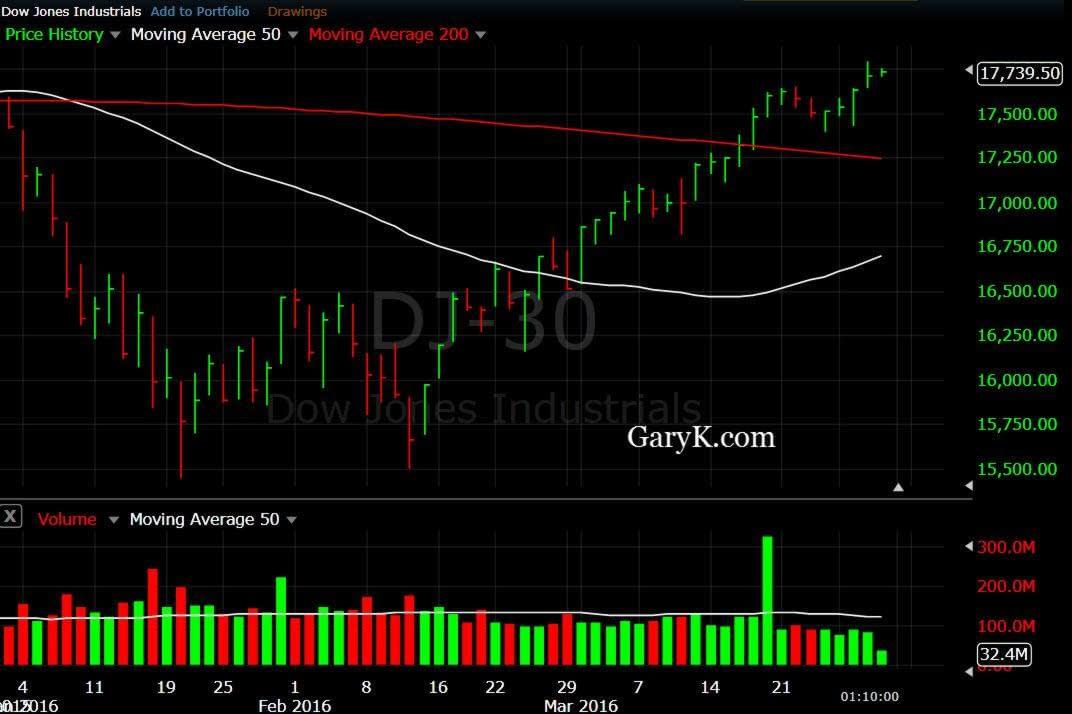 Gold is one of the strongest performing assets this quarter: 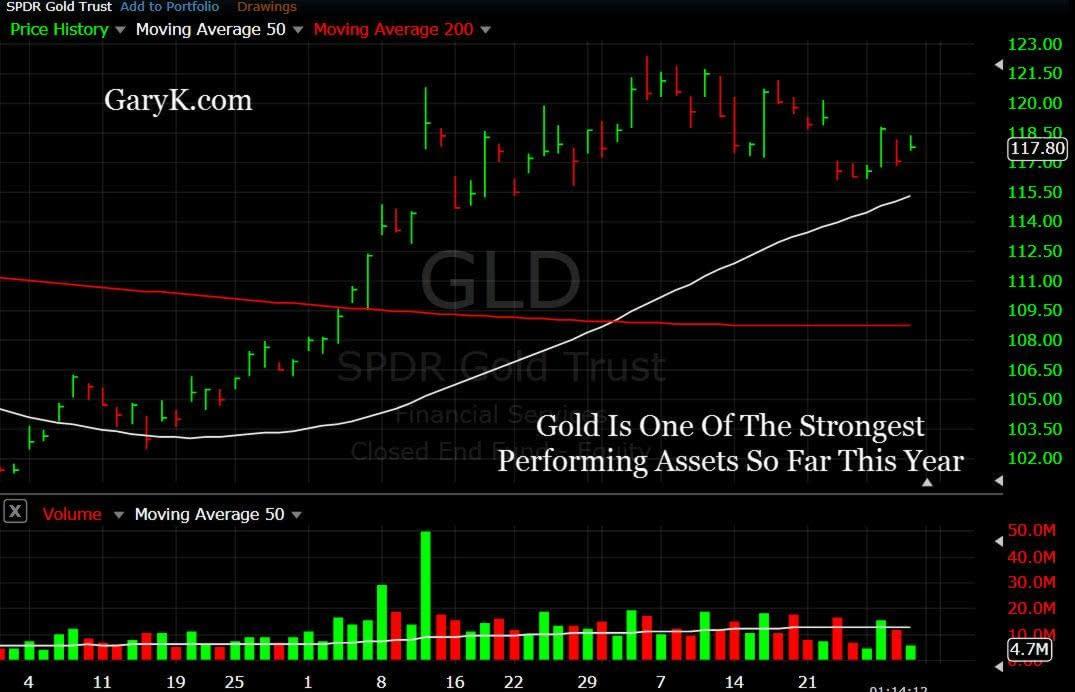 Greetings again from Shanghai where we visited 3 of the tallest buildings in the world that are literally next to each other in Pudong. We will be traveling back tomorrow.
In case you did not see this, here is the money quote from Mrs. Bubble. Leave no doubt, nothing she says is by accident. This was planned to goose markets in coordination with other central banks. Notice what we put in bold. That is the definition of QE4…yes, another round of printed money. Mrs. Bubble has let the “cat out of the bag!” We will have more on this when we get back from China this weekend but let’s just say we are 110% sure that all the maniacal central bankers saw what happened on just a 1/4% rate hike (everything coming undone) and realized what had to be done…and that is just raise the massive amounts of easing even more to protect markets. Remember, if markets crater, the house of cards of leverage and debt that has been created and enabled by these same people that are still running the show, would come tumbling down. So kick the damaged can down the road even more. We are 110% sure Mrs. Bubble just telegraphed another round of printed money. And where you see the word “economy” in bold, just replace that word with “market!” Here you go:
“Even if the federal funds rate were to return to near zero, the FOMC would still have considerable scope to provide additional accommodation. In particular, we could use the approaches that we and other central banks successfully employed in the wake of the financial crisis to put additional downward pressure on long-term interest rates and so support the economy–specifically, forward guidance about the future path of the federal funds rate and increases in the size or duration of our holdings of long-term securities.  While these tools may entail some risks and costs that do not apply to the federal funds rate, we used them effectively to strengthen the recovery from the Great Recession, and we would do so again if needed.”
At the end of the day, we do not rationalize what we think the ultimate negative outcomes will be. We are technicians first. We are quite confident when the market rings the death knell, we will be ready and on it…but until that time comes, we take it as it comes. The rally off the lows continues. The only negative we saw yesterday was the mid-close for many things so maybe we got a little pooped out here. Nothing wrong with settling down or pulling back a bit as massive resistance ahead. Small caps continue to lag badly and the biggest bull market of the prior bull market remains dead and that is biotech.
https://secureservercdn.net/50.62.173.126/e24.d90.myftpupload.com/wp-content/uploads/2016/01/garyk.png?time=1643326699 610 764 Gary Kaltbaum https://secureservercdn.net/50.62.173.126/e24.d90.myftpupload.com/wp-content/uploads/2019/01/gary-k-logo7-01.png Gary Kaltbaum2016-03-31 08:36:162016-03-31 08:36:16Greetings again from Shanghai