Normally when we write to you about another “anatomy of a top” lesson, the stock is down 50% if not more. But today we want to do “anatomy of a top” for Apple. The reason being is that Apple has been a leader of the NASDAQ 100 and now it is a laggard. With the NASDAQ 100 just below its high, Apple is now sitting 20% below its all-time high (and 2015 high) and near closing yearly lows. This is not normal for this leading stock and calls into question what a few analysts as well as suppliers are saying.

On the fundamental side, Apple’s last four quarters were stellar with earning’s increases of 48%, 40%, 45%, 38%. But for the December quarter, estimates are only for a single digit gain. Giving room for Apple’s usual sandbagging the number, it will still be a major deceleration from previous quarters. As usual, we will know a lot more when they report earnings in late January but for now, let’s take a look at what we consider to be important under-performance in the stock.

The first chart is the NASDAQ 100-the second chart is Apple. A simple glance at both show Apple’s under-performance. 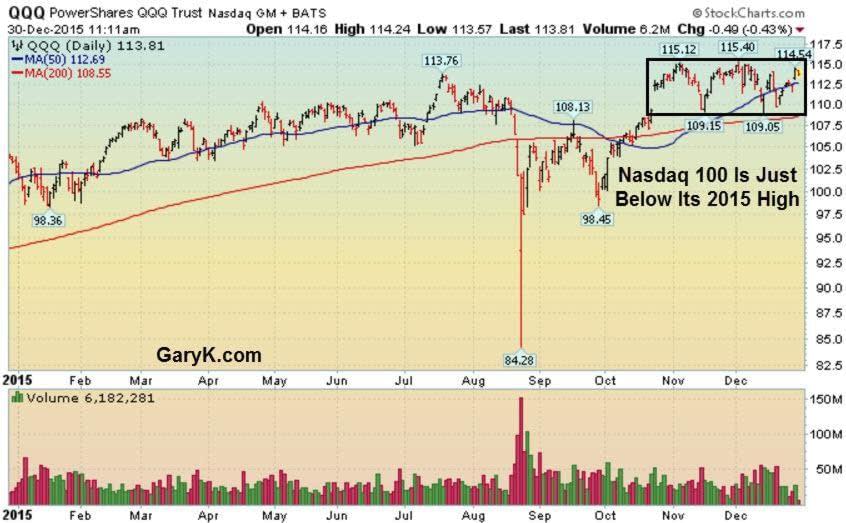 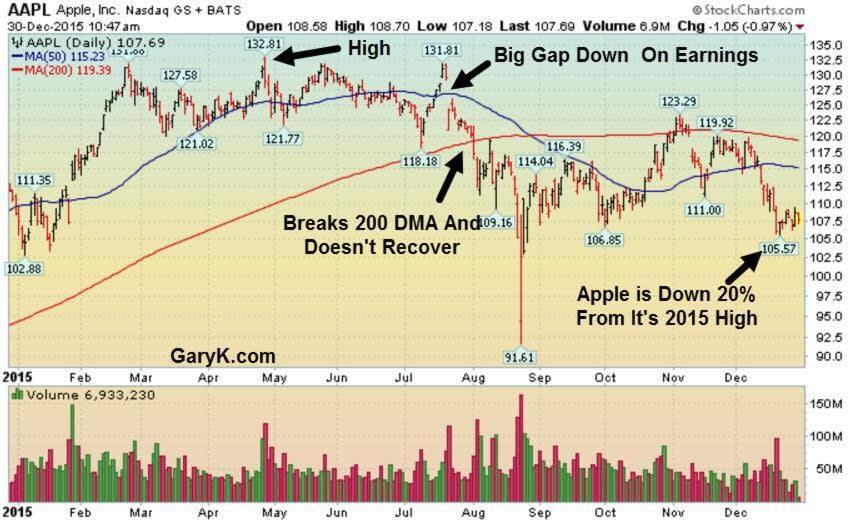 How The Top Formed:

For those who have owned Apple stock for the past 10 years you probably want to ignore what we’re about to say but for those who are active, Apple’s action remains worrisome.

We bring this up because every great stock in history has eventually hit its wall. This is because companies get too big, leading to slowing growth or competitors come in and beat them at their own game. Both analysts and suppliers are now saying that iPhone sales are slowing. In fact, we are hearing suppliers have been cutting back on their own orders. We suspect both are playing into what’s happening with the stock.

Keep in mind, Apple is arguably the most over-owned and beloved stock in the market’s history. This is great news as the stock goes higher. It is terrible news when a great stock tops out as all that’s left is sellers. Everyone who wants to buy, has already bought. A quick glance at many top mutual funds will show just about all own significant positions in the stock. As well, many hedge funds have been over-weighted in the stock. As always, this is a glance of the stock at one given point in time. We just wanted to let you know the stock is acting suspect at this time. We will know a lot more come late January when they report earnings.

U.S. stock futures are down on the last trading day of the month, quarter and year. The market is open all day today and will be closed on Friday for New Years.

Gary’s Thoughts: Why is market open all day today? Not a thrilling close to not a thrilling year.  We will have a lot more for you over the weekend.